What’s G6PD deficiency, and what are its implications on a person’s health?

Glucose-6-phosphate dehydrogenase (G6PD) is a protein in the red blood cell that is critical for its proper function. However, in people with too little G6PD in their cells (known as G6PD deficiency), they are more sensitive to certain foods, medicines, and chemicals. If they are exposed to these foods, medicines, or chemicals, their red blood cells can be destroyed, a process known as haemolysis.

In other words, people with G6PD deficiency do not just experience haemolysis spontaneously —they are usually triggered by something. Common triggers include:

There is no cure for G6PD deficiency, and it is a lifelong condition. However, most people with G6PD deficiency have a completely normal life as long as they avoid the triggers.

There are a ton of medications that can precipitate hemolysis in G6PD-deficient individuals and we’re not gonna go through them one by one. Here’s a sneak peek: 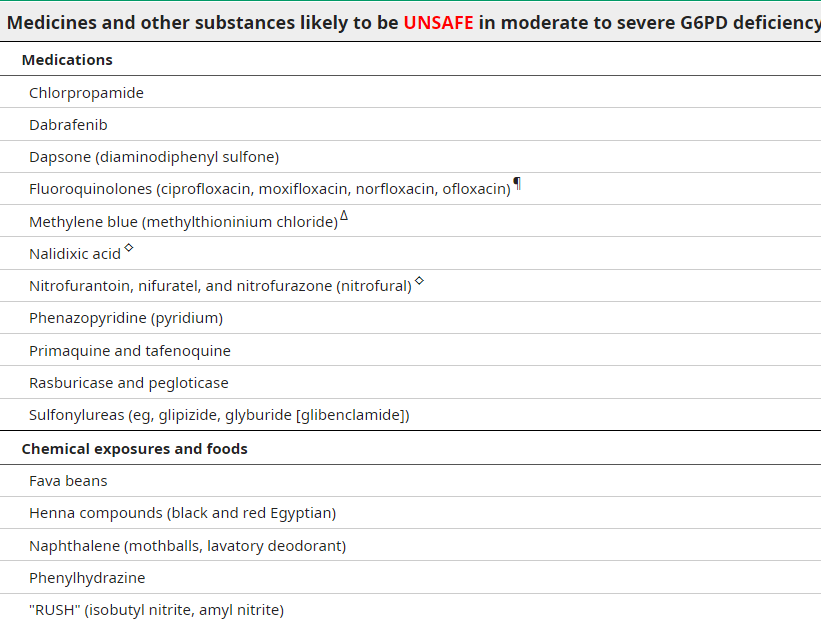 In addition to these agents, sulfa-containing drugs such as Bactrim should also be used cautiously in G6PD-deficient patients.

If you’re unsure whether you have G6PD deficiency, or the medications you’re taking are appropriate for a known G6PD-deficient individual, consult your doctor or pharmacist.

Acute illness, especially infections, can trigger haemolysis episodes in people with G6PD deficiency. Examples of infections or illness are pneumonia, hepatitis and diabetic ketoacidosis (which is a medical emergency that happens to people with extremely high blood sugar levels).

Certain foods, such as fava beans can trigger haemolysis in people with G6PD deficiency as well. This phenomenon is known as favism.

(A) Fava beans, also called "broad beans." These may be eaten fresh or cooked in salads, soups, meat dishes, and some falafel recipes. (B) Fried fava beans, sold as a snack food. Refer to UpToDate for further information about glucose-6-phosphate dehydrogenase (G6PD) deficiency and favism. Image credit to: Bertil Glader, MD, PhD.

What if haemolysis happens? 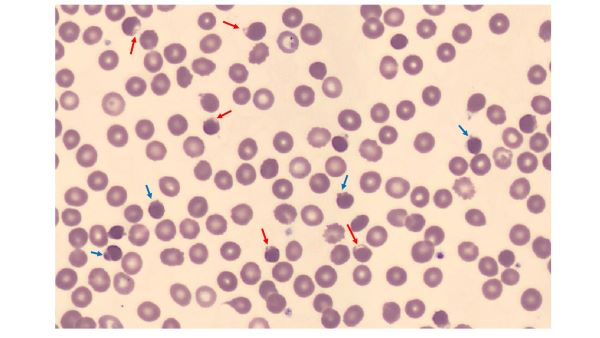 The blood smear is from a 37-year-old man with hereditary G6PD deficiency. It shows many blister cells (red arrows) due to precipitation of damaged hemoglobin within the cells. It also shows spherocytes (blue arrows) with membrane damage due to binding by oxidized hemoglobin. Image courtesy of Jerry L. Spivak, MD.

As we mentioned, haemolysis refers to the premature breakdown of red blood cells. The signs and symptoms can be seen about 2 to 4 days after exposing to trigger:

Hemolysis may be mild and self-limiting in some individuals, and severe and life-threatening in others. Although haemolysis is relatively rare, you should still care about G6PD deficiency because its consequences can be severe.

The individual is usually treated by avoiding the trigger that causes the haemolysis in the first place, followed by hydration, analgesia (to reduce pain) blood transfusion (if required). However, the reality may not always be this easy, because there may be instances in which the trigger medication is absolutely required, or cases in which haemolysis comes from an infection or other acute medical condition that cannot be avoided.

How do I know if I have a G6PD deficiency?

G6PD deficiency is diagnosed in babies as a part of newborn screening. The screening test is carried out by identifying a substance called NADPH (Nicotinamide Adenine Dinucleotide Phosphate) produced by G6PD enzymes under long wave ultraviolet light. When the blood spot does not fluoresce, the test is positive for G6PD deficiency. This is called a fluorescent spot test. 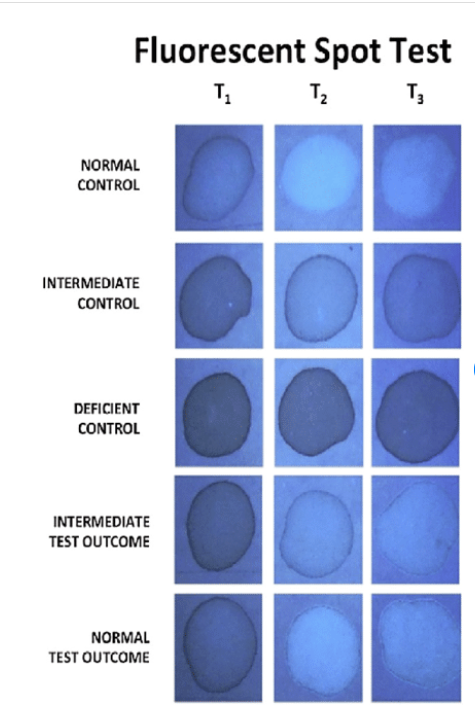 Specific references have been linked in its relevant part of the article.

What You Should Know About Scoliosis

Many all over the globe are af...

How to choose an appropriate milk formula for my baby?