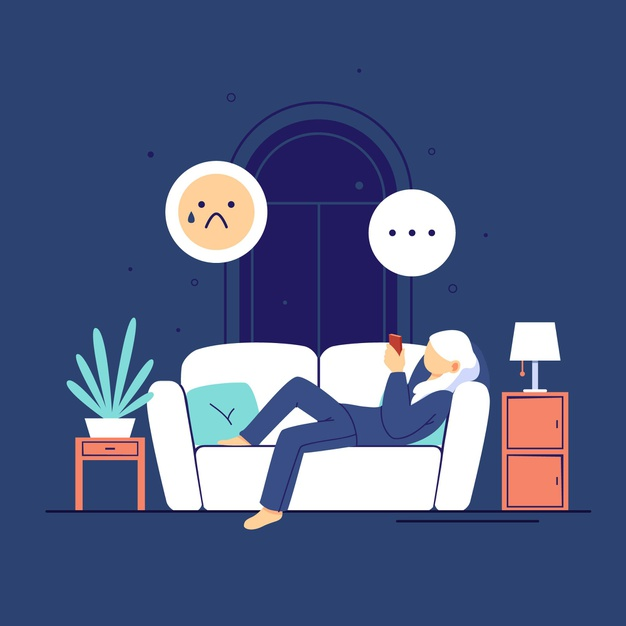 The recent COVID-19 pandemic has not only disrupted the economy, it has also taken a great toll on Malaysian’s mental health. The Movement Control Order (MCO) imposed by the government in March has led to inevitable social isolation and loneliness, which subsequently fuels depression. All the fear and uncertainty surrounding COVID-19 and job security can also cause one’s worries to spiral out of control.

Depression is a common problem in Malaysia’s society, long before the emergence of COVID-19. According to the National Health and Morbidity Survey 2019, 2.3% of adults in Malaysia have depression. Given the lack of awareness about depression and the deep-rooted taboo surrounding the subject, it is fair to think that the actual percentage may be even higher than reported.

The negative impacts of depression extend far beyond an unhappy life and suicidal tendency -- scientific evidence has demonstrated over and over again that depression can negatively affect a person’s physical health as well. 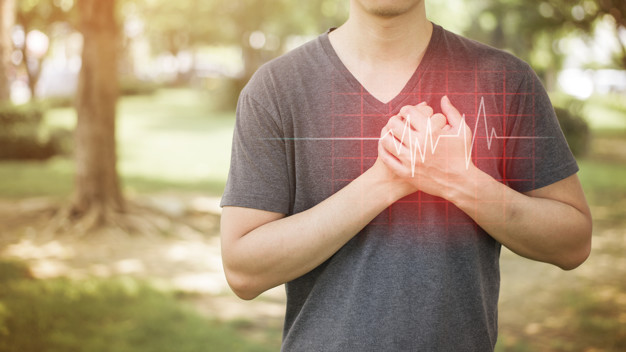 Depression increases the risks of developing a heart attack, stroke and high blood pressure. In a study followed more than 93,000 postmenopausal women aged 50 to 79 years for an average of four years, it was found that the risk of dying from a cardiovascular event was greater among those with current or previous history of depression. A review study explained how depression increases the risk of cardiovascular disease in two aspects:

People with depression have higher levels of inflammatory chemicals in their body, such as cytokines, interleukin-1β and -6, tumor necrosis alpha and C-reactive protein. These inflammatory chemicals may increase the risk of cardiovascular events. It is also common to observe a higher level of cortisol in individuals with depression, which further contributes to the risk of cardiovascular disease. People with depression tend to experience a higher sympathetic nervous activity, which may be bad for the heart. Lastly, scientists also learned that in depression, there is an increase of platelet reactivity, which also promotes blockage of blood vessels and other cardiovascular diseases.

People with depression are also less likely to adhere to a healthy lifestyle and take medications, both of which are crucial to reduce the risk of getting cardiovascular disease. 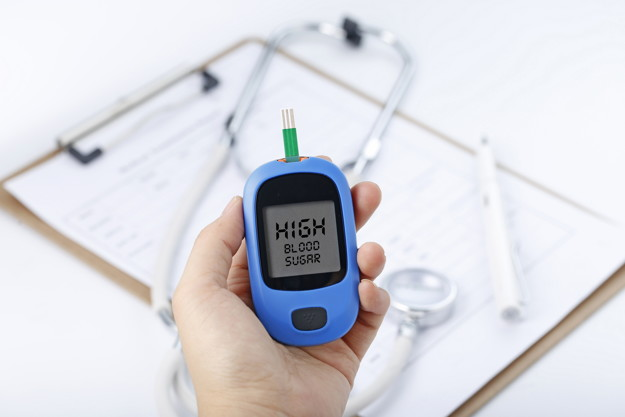 It seems that there is a bidirectional association between diabetes and depression: diabetes may increase the risk of depression, and vice versa. A systematic review discovered that depression is associated with a 60% increased risk of type 2 diabetes, what a substantial figure!

This may have to do with the sustained high level of inflammatory chemicals and cortisol in depression patients. Another explanation is that some antidepressants used for the treatment of depression increase the risk of diabetes, with the exception of an antidepressant class known as the selective serotonin reuptake inhibitors (SSRIs). If you are someone coping with diabetes and depression at the same time, you may consult a doctor on the type of antidepressants you are taking and if it can affect your blood sugar control. 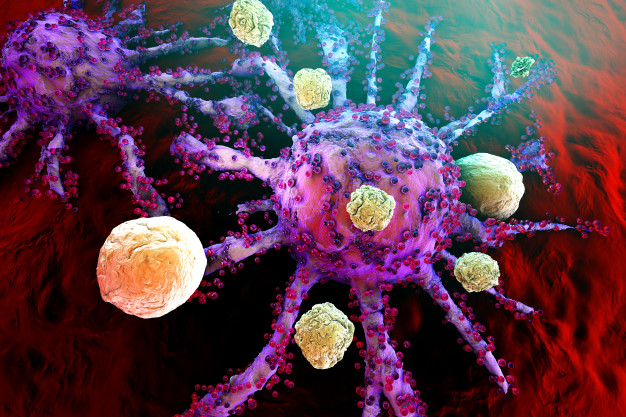 The sustained inflammation in depressed individuals may also lead to a weaker immunity. In a study of HIV-infected women, scientists found that depression may impair the functions of various immunity cells, which can complicate the treatment process of any infection. Similarly, psychological stress, which is commonly seen in depression, also makes one more likely to catch common cold. 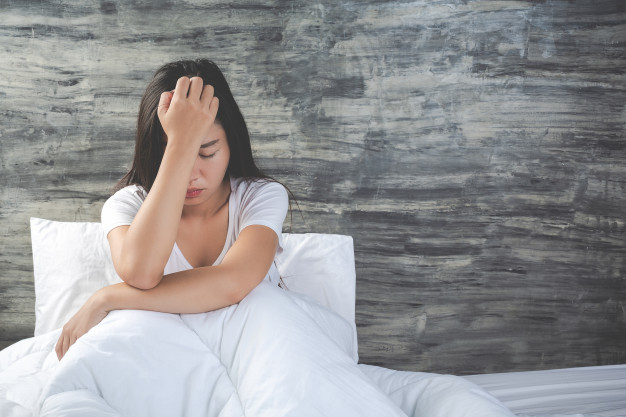 For some people with anxiety disorders, headache pain, sometimes severe, may be all too familiar. And people with a co-occurring anxiety disorder and migraines have an increased likelihood of experiencing depression as well. Sometimes the headache may become migraine, which can be debilitating and affect your daily performance. What’s worse is that such pain is often difficult to manage using normal painkillers. You are advised to see a GP or psychiatrist for that matter. The doctor may prescribe you a certain type of antidepressant which can also help to manage migraine.

The pain can even affect body parts beyond your head to, say, the back. It’s common to see depressed patients struggle with unexplained chronic or long-term pain. In turn, chronic pain can lead to trouble sleeping, increased stress, or feelings of guilt or worthlessness associated with depression. These influences can create a cycle that is hard to break.

Chronic pain isn’t just a physical condition—it’s an emotional one as well that has tremendous influence over a person’s thoughts and moods. Luckily, there are many medications treatment and psychotherapy available to provide better relief. It may be useful to talk to your psychiatrist or therapist not just about your thoughts but also the pain you experience.

Life is precious. Seek help as soon as possible

Depression is a difficult and arduous journey, but you don’t have to do it alone. Here is a useful guide on how to seek mental health services in Malaysia: 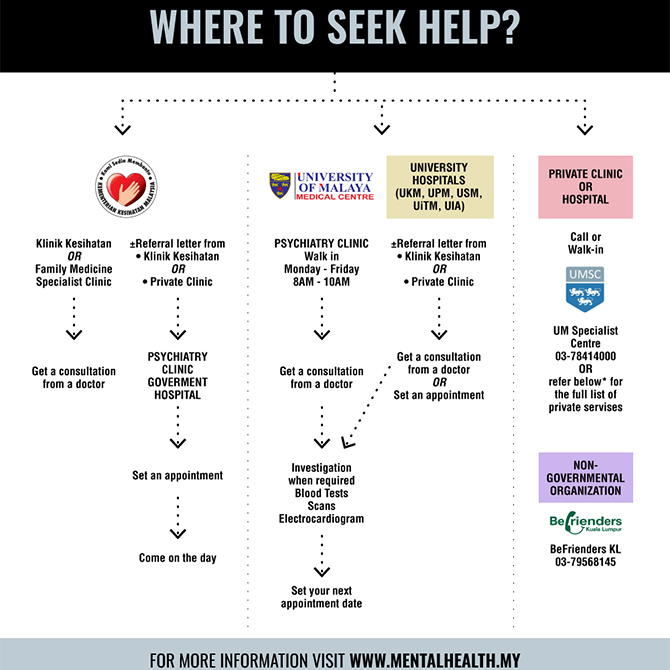 Acne scars to your beautiful...?

Scarring is one the most c...

SHOULD I STOP EATING FRUITS IF I’M DIABETIC?

[Podcast] Dear migraine, can you stop?!

GETTING THE MOST OUT OF YOUR VEGETABLES: TO COOK OR NOT TO COOK?

Vegetables are rich in vitamin...