The COVID-19 pandemic wasn’t the first to devastate the world. In the early 20th century, polio was one of the most feared diseases in industrialized countries, paralysing hundreds of thousands of children every year. Soon after the introduction of effective vaccines in the 1950s and 1960s however, polio was brought under control and practically eliminated as a public health problem in these countries. Yet, polio still remains endemic in developing countries. In 2019, there was a polio resurgence in Sabah, Malaysia. Fortunately, the end of the polio outbreak was announced this year’s September by the World Health Organization (WHO).

Disease outbreaks come and go, but we should never take their successful eradications for granted. Polio vaccines, just like the COVID-19 vaccines, are keys to ending devastating disease outbreaks and allow people to thrive in their lives. 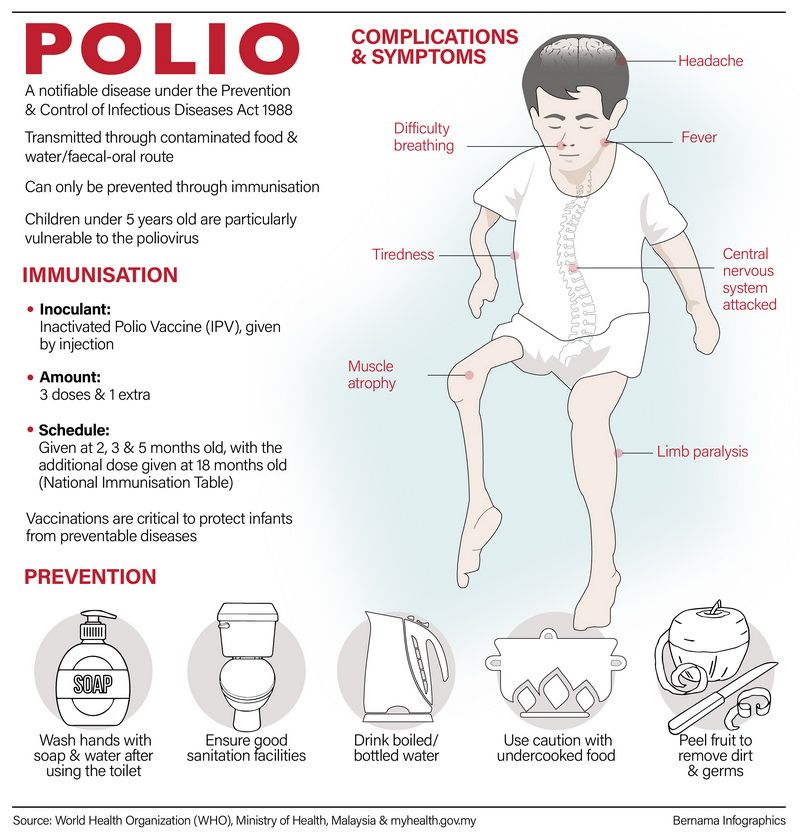 Four type of poliovirus vaccines are currently available: inactivated polio vaccine (IPV) of Salk, oral polio vaccine (OPV) of Sabin, enhanced-potency inactivated vaccine of Van Wezel (eIPV) and combination with other vaccines such as DTP-IPV. IPV and OPV are the more common forms of polio vaccines. 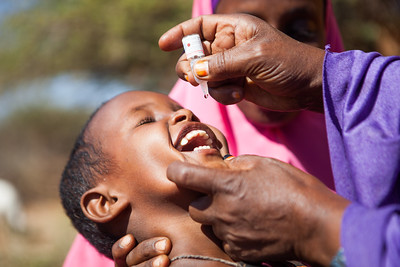 Polio vaccination a response of a recent polio outbreak in the Horn of Africa. © UNICEF Ethiopia/2013/Sewunet

Use of OPV is getting more obsolete, although it’s still used in many developing countries because of its lower cost and ease of administration: children receive doses of the vaccine by drops in the mouth (who doesn’t love a vaccine that doesn’t require injection?!) OPV has another advantage over the injectable version of the vaccine: not only it protects the human’s brain from the virus, it also provides protection in the intestinal areas. As poops are one of the important ways to spread the polio virus, OPV can confer a community effect that extends its protection even to those who aren’t vaccinated. 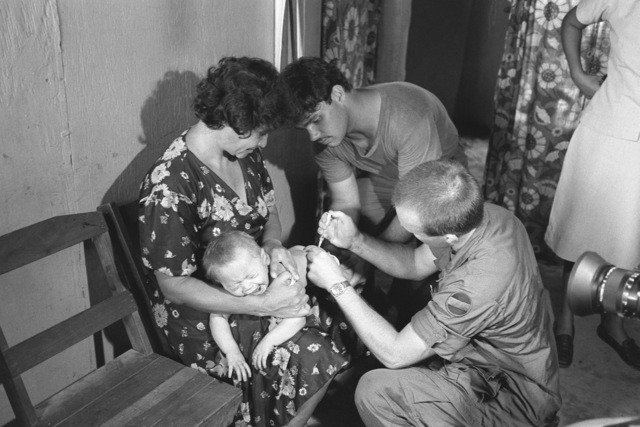 IPV is the injectable form of polio vaccine. It’s widely used in many developed countries, including Malaysia, of which IPV is compulsory for every child. Children shall receive four doses of polio vaccine in total, which occur at ages of 2 months, 3 months, 5 months and 18 months respectively. The shots are given in the leg or arm.

Why aren’t we using OPV more?

OPV sounds amazing, at least better than IPV, right? Well, here’s a catch: a major concern about OPV is its ability to revert to a form that can cause paralysis, known as vaccine-associated paralytic poliomyelitis (VAPP). This is why many parts of the world are getting rid of OPV and choosing IPV instead. If your child receives polio vaccine in Malaysia, don’t worry, because the type of polio vaccine we use is IPV.

Is the polio vaccine effective?

IPV, the type of polio vaccine we use in Malaysia, protects almost all children (99 out of 100) who get all the recommended doses. So yes, it’s highly effective, especially if you ensure your child receives all four doses of IPV.

Side effects of polio vaccines

Side effects of polio vaccines are usually mild and go away on their own, but serious reactions are also possible. IPV has not been known to cause serious problems, and most people do not have any problems with it. The most common side effect is redness, swelling and soreness at the site of injection. However, as with any medicine, there is a very low chance of a vaccine causing a severe allergic reaction, other serious injury, or death. If you see signs of a severe allergic reaction (hives, swelling of the face and throat, difficulty breathing, a fast heartbeat, dizziness, or weakness) after a person receives polio vaccines, send the person to the emergency department or call 999 immediately.

Polio remains endemic in two countries – Afghanistan and Pakistan. Literally, the world is THIS close to ending polio. Until poliovirus transmission is interrupted in these countries, all countries remain at risk of importation of polio, especially vulnerable countries with weak public health and immunization services and travel or trade links to endemic countries. Until then, we should never take our polio-free environment and its vaccines for granted. If your child is a Malaysian, you may bring your child to any public health facility for free polio vaccination.

To learn more about polio, read our article here. 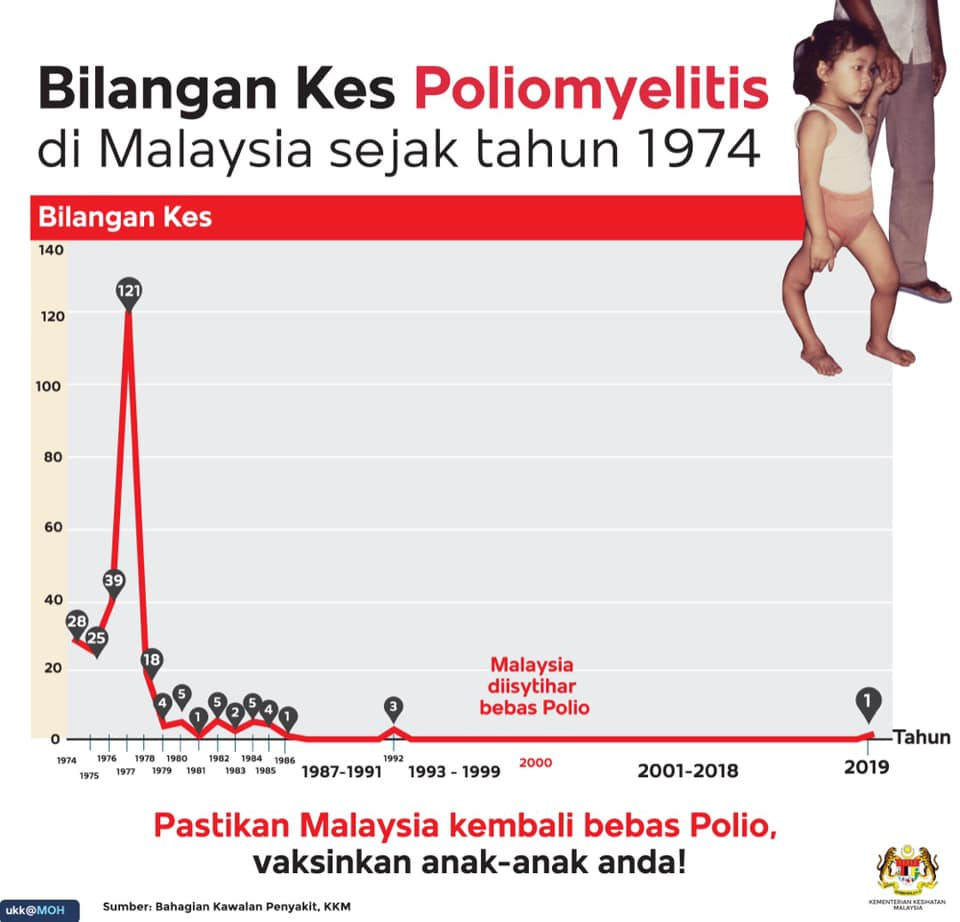 DOES EVERY DIABETIC PATIENT REQUIRE AMPUTATION?

People with diabetes are prone...

WHAT ARE THE FACTORS THAT CAN AFFECT MALE FERTILITY?

When planning to start a f...