Did you experience occasional swellings and pain in your joints such as the big toe? You might have gout. 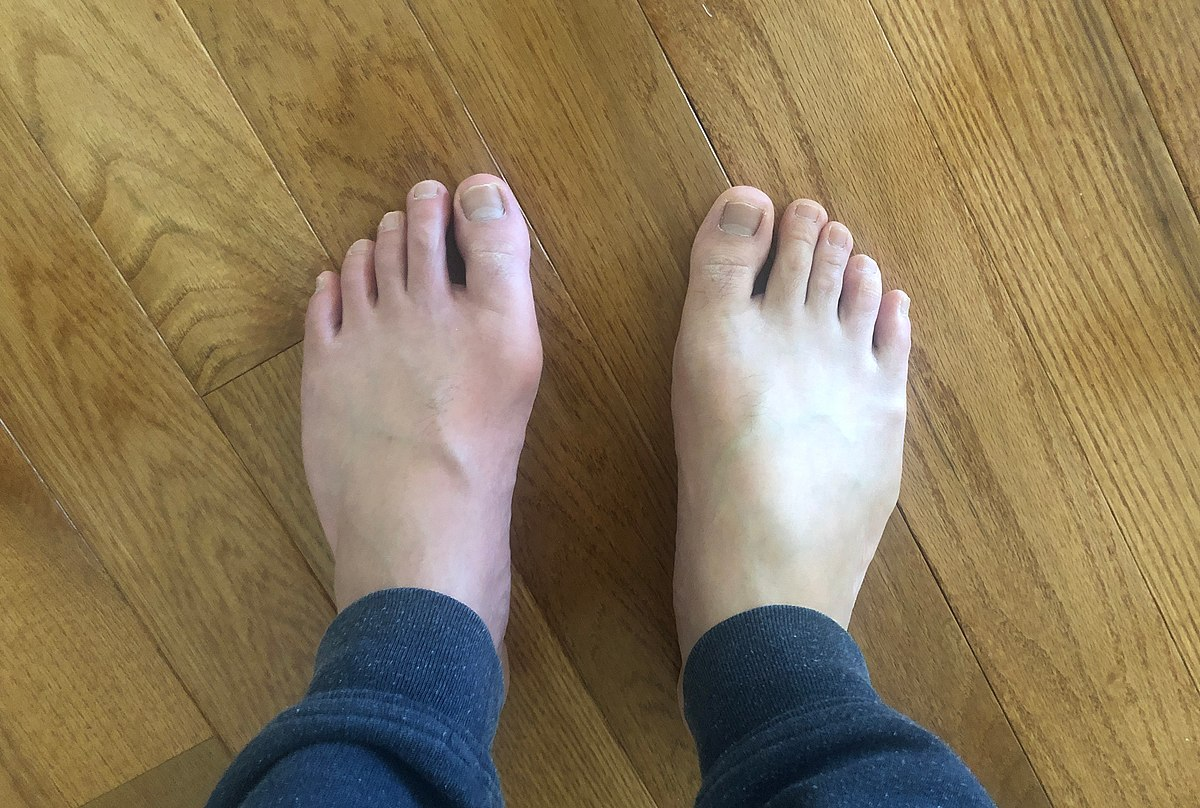 Gout is a form of arthritis that can be controlled well with optimal medical therapy. Like other types of arthritis, it causes pain and swelling in the joints. Gout develops in some people who have a condition called "hyperuricemia" for an extended period of time, meaning high levels of a substance called urate (also known as uric acid) in the blood. Urate can form crystals that build up in different parts of the body, causing symptoms.

Gout flares are sudden episodes of severe joint pain, usually involving redness, swelling, and tenderness of the joint. Although a gout flare typically affects a single joint (such as the big toe or knee), some people develop several inflamed joints at the same time. 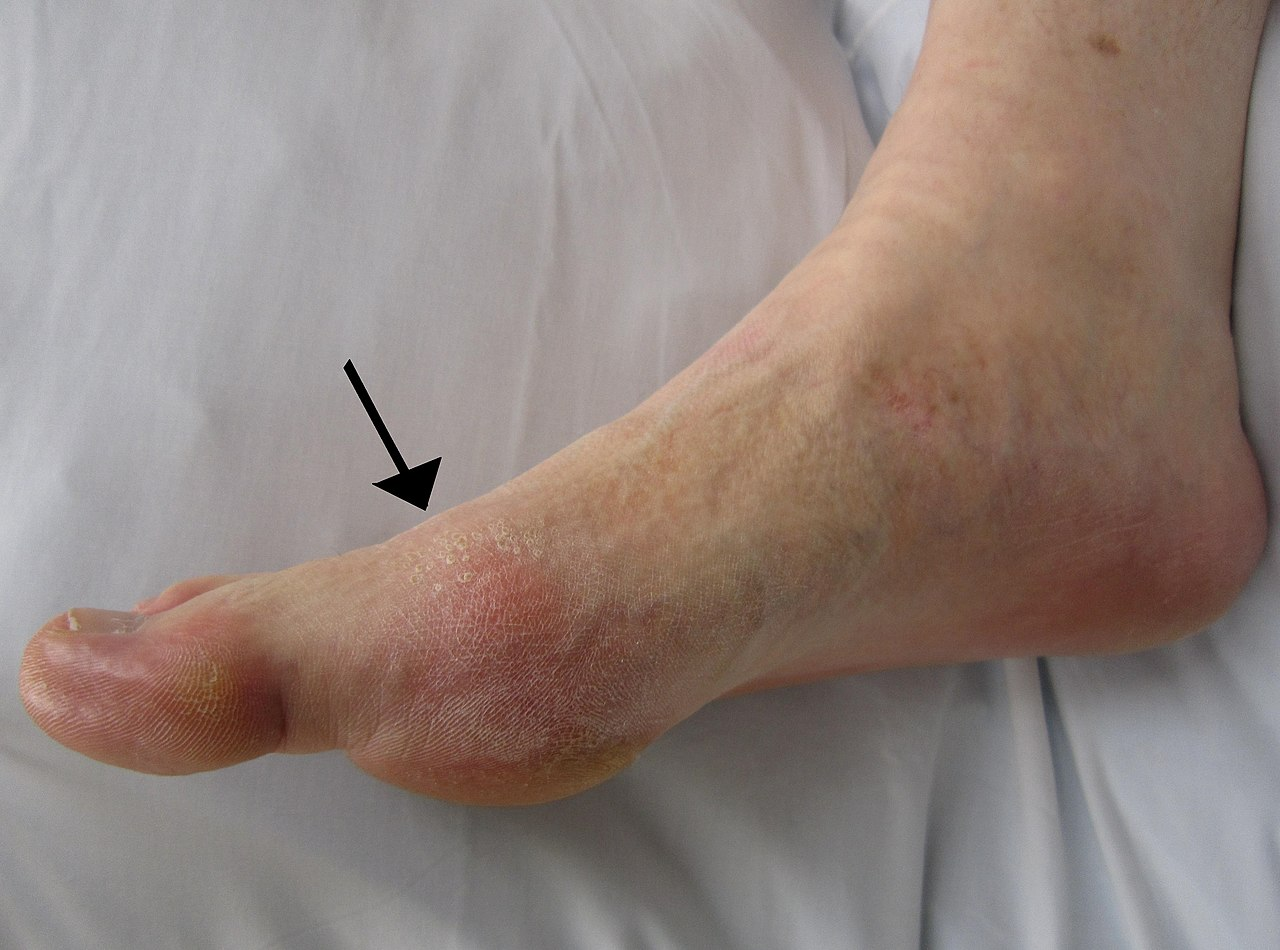 Gout flares start more often during the night and in the early morning hours than during the day, but they can occur at any time. The pain and inflammation usually reach peak intensity within 12 to 24 hours and generally improve completely within a few days to several weeks, even if untreated. It is not clear how the body "turns off" a gout flare.

Why the pain and inflammation?

Gout is an inflammatory disease in nature. When there are too many urate crystals deposited in your joints, white blood cells and cells in the joint linings will be ‘attracted’ to them and attempt to digest them. This is because the cells recognize that these excess urate crystals as foreign materials in the body, hence they attempt to remove them. Throughout this process, chemical signals released by our body cells which contribute to the pain, swelling, and redness associated with a gout flare.

The joint damage can be permanent

If you have gout, your gout symptoms may resolve on its own at first, even without medications. However, if you do not take your gout therapy seriously and continue to have multiple gout flares for many years, you may develop tophaceous gout. This term describes the accumulation of large numbers of urate crystals in masses called "tophi." 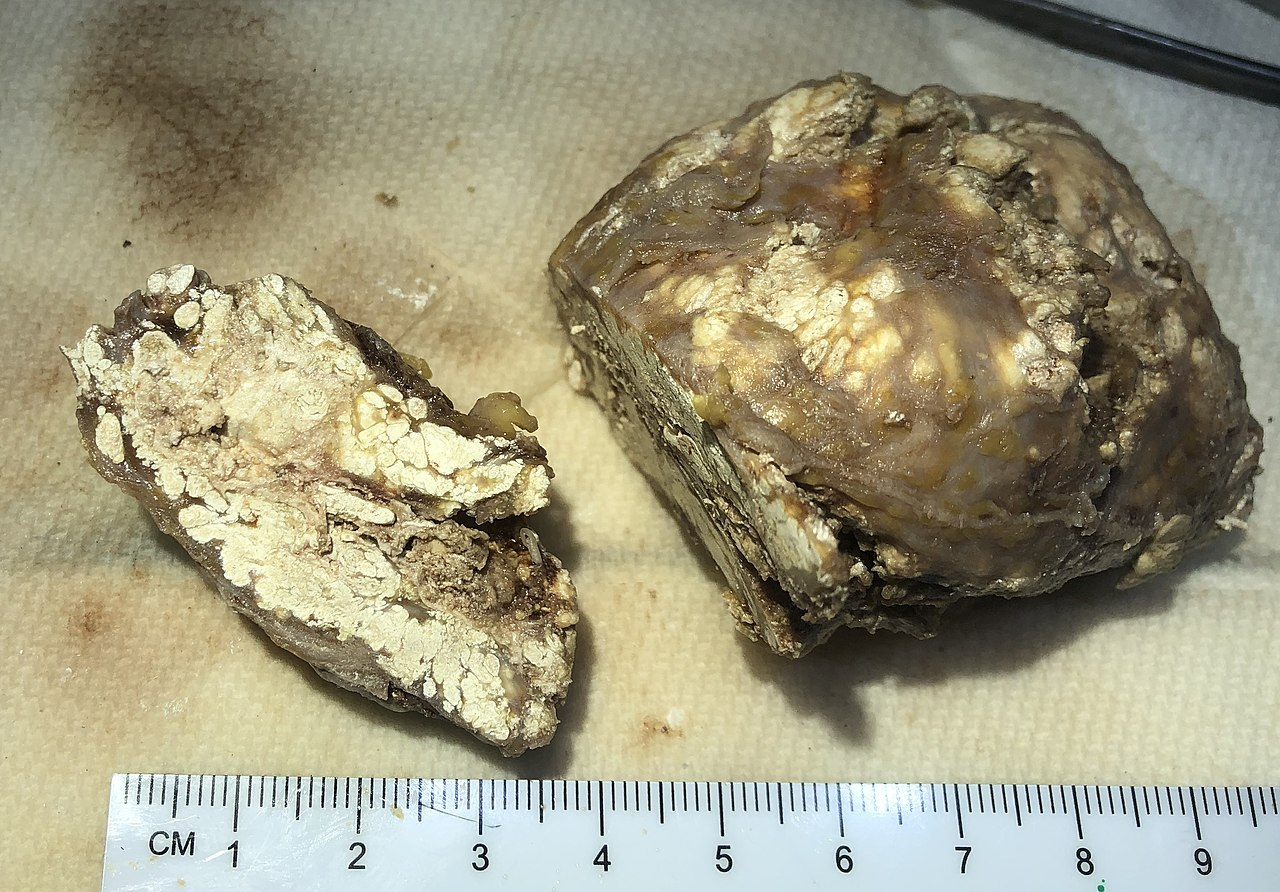 People with this form of gout develop tophi in joints, bursae (the fluid-filled sacs that cushion and protect tissues), bones and cartilage, or under the skin. Tophi may cause erosion of the bone and eventually joint damage and deformity (called gouty arthropathy). Developing tophi near the small joints of the feet or fingers can cause physical changes that can not only be distressing (due to the cosmetic appearance) but also contribute to restricted movement and disability. Tophi are usually not painful or tender. However, they can become inflamed and can cause symptoms like those of a gout flare.

Normally, the kidneys filter urate in the blood and excrete it from the body through urine. In people with gout, urate crystals can build up in the kidney or other parts of the urinary tract, leading to kidney stones. If a stone gets large enough, it can block one of the ureters (the tubes that carry urine from the kidney to the bladder and out of the body).

Counterintuitively, some medications that are commonly used in treating severe gout flares may increase the risk of developing kidney stones. This is because such medications work by increasing the amount of urate excreted by the kidney, thereby relieving the gout flares. With that being said, you should not stop taking your gout medication without consulting your healthcare provider. If you are concerned about your gout medication and risk of developing kidney stone, talk to your prescriber.

The bottom line is: Control the amount of uric acid in your body, then you can protect yourself from the damage of gout.

As we mentioned, gout flares cause pain, swelling, inflammation and restriction in movement. Hence, the goal is to reduce all these aspects so that you can return to your normal routine asap.

The three most commonly used medication in treating gout flares are:

NSAIDs are the ‘superstar’ drugs in many pharmacy outlets. They are effective at reducing pain and swelling in a wide variety of conditions, including gout. Examples of NSAIDs include ibuprofen (E.g. Nurofen®), diclofenac (E.g. Voren®) and mefenamic acid (E.g. Ponstan®). Aspirin is also a type of NSAIDs, however it is not usually recommended for the treatment of gout because it can, depending upon the dose, either raise or lower urate levels in the blood.

NSAIDs have many side effects; the most prominent one being gastric bleeding. If you have gastric problems, you should avoid taking any NSAIDs. The alternative to NSAIDs are coxibs, which does not hurt your stomach as much as NSAIDs (although they can be way more expensive). Check out our articles on the side effects of NSAIDs: Part 1  and Part 2. NSAIDs if used with blood thinners can also increase your risk of bleeding. If you are taking a blood thinner for your other medical condition, NSAIDs are not for you.

NSAIDs are meant for short-term use only. Taking NSAIDs long-term is also known for damaging your kidney. After your gout flare is resolved, NSAIDs treatment should be stopped.

If NSAIDs are not for you, consider getting colchicine from a healthcare provider. Colchicine does not increase the risk of gastric bleeding, has no known interaction with blood thinners, and, in proper doses, does not harm the kidney. However, colchicine can have bothersome side effects when given in excess, including diarrhea, nausea, vomiting, and crampy abdominal pain. These side effects can be avoided by taking a lower dose of colchicine. Your healthcare provider will tell you what dose you should take if you have a flare; people with kidney problems need a lower dose.

There are many types of steroids, and the steroids used in treating gout flares are known as glucocorticoids. Because glucocorticoids are extremely effective at reducing inflammation (even more so than NSAIDs and colchicine), they are frequently used in treating gout flares which are failed to be resolved by, or cannot use, the two aforementioned medications. Glucocorticoids may be given orally (as pills), by direct injection into an involved joint (called an intra-articular injection), or, in certain circumstances, by intravenous (IV) or intramuscular injection. Commonly used oral glucocorticoids include prednisone, prednisolone, and methylprednisolone.

Prevention is better than cure

We want to emphasize that NSAIDs, colchicine and glucocorticoids treatment should NOT be the long-term solution in your gout therapy. They are more like “band-aids” that you used once in a while when gout flares occur. However, if you realize that you have been needing gout flares treatment more frequently than ever, it may be an indication that your gout has worsened. You should consult a healthcare provider and review your treatment. Your doctor is likely to put you on urate-lowering therapy.

Make sure your urate-lowering therapy is optimized

Urate-lowering therapy consists of medications and lifestyle changes. Over time, it can lower the levels of urate and, as a result, prevent or reverse urate crystal deposits that can cause joint damage, disability, kidney stone formation, and possibly kidney damage.

Not everyone with gout will require urate-lowering therapy. If you only have rare or mild flares, you may be able to manage your gout by treating the flares as they happen. However, if you have frequent, prolonged, painful, or disabling gout flares, joint damage, or tophi, your health care provider will likely suggest urate-lowering therapy.

It takes weeks or months to lower urate levels to where they should be. During this period, your doctor will gradually adjust your medication doses to meet the goal. It is important that you follow the doctor’s instructions on how to take the medications, as very rapid urate lowering can cause more frequent gout flares. If you take probenecid for gout, make sure you drink plenty of fluids to prevent kidney stone formation. (Remember we mentioned that some gout medications can actually cause kidney stones?)

Improving your diet may reduce frequency of gout flares

It is important we mentioned that the following can increase your risk of developing gout:

So it is important that you control the intake of food containing high amount of purine (which is metabolizes into uric acid by your body): 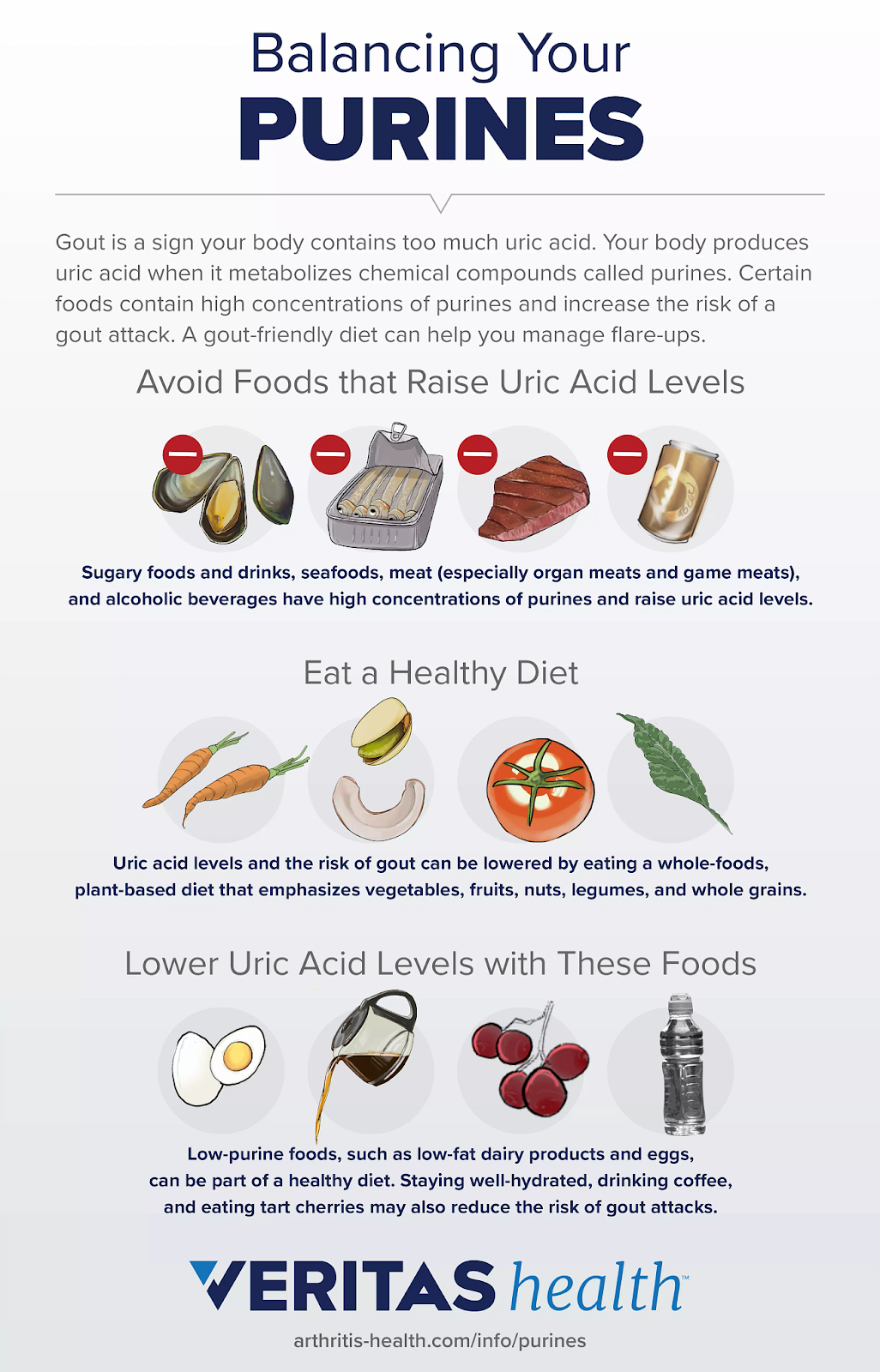 BUT! We want to emphasize that changing diet alone is not enough. Losing extra body weight should be the goal. If you lose weight in addition to changing your diet, it is possible to see more significant improvements in urate control, along with benefits to your general health. We encourage you to work with a healthcare professional on the most suitable and sustainable way to lose weight. Do not try any extreme or “fad” diets without consulting a healthcare professional.

8 Possible Reasons behind your late period

8 Possible Reasons behind your...

Mouth cancer, also known as or...

Understand how technology is causing you pain

Debunking myths of Plan B: Morning after pill

We probably hold a common prec...

Do you suffer from Tech Neck?