An age-old mantra that is often told, that “we must drink at least 8 glasses of water a day.” This advice has been around forever, so it must be true, right? Probably not. There is, in fact, no scientific study that backs up the saying that for otherwise healthy people, drinking more than 8 glasses of water a day provides any extra health benefits. For instance, reviews have failed to find that there is any evidence that drinking more water keeps skin hydrated and makes it look healthier or wrinkle-free. However, this mantra is so deeply rooted in everyone’s mind that people would still rather stand by that belief.

This myth is commonly believed to have originated from a 1945 publication from the National Research Council’s Food and Nutrition Board, which stated that “an ordinary standard of water for adults is 1ml per calorie of food”. Though another important sentence that followed closely behind, “Most of this quantity is contained in prepared foods,” was neglected. 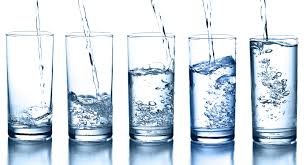 How much is actually needed?

According to The National Academies of Science, Engineering and Medicine, to be adequately hydrated, consumption of total water (from all beverages and foods) for:

Nevertheless, it is also important to note that various factors contribute to a deviation in the amount needed for different individuals.

It is vital to note that what was mentioned above is emphasising on fluid intake/total water intake. For an average person, about 80 percent total water comes from drinking water and beverages (including caffeinated beverages), while the other 20 percent is derived from food. This reminds us that by taking into account the general fluid intake guidelines, we also have to consider the food that we consume, which provides fluid sources for us too.

Then to be safe, I shall just drink as much water and beverages as I can?

It is true that dehydration commonly happens, especially in children. It is also very prominent in regions with summer seasons. Dehydration causes complications ranging from minor to life-threatening.

However, drinking too much water, known as water intoxication or hyponatremia, can happen too. It is pretty unlikely that a healthy person can drink too much water, as we have a built-in satiation reflex that tells us when we do not need to drink any more. It is more often found in people with illnesses, such as kidney disease, or in people taking certain medicines, such as diuretics.

However, athletes or marathon runners, especially if they participate in long or intense workouts or endurance events,  are at higher risk of hyponatremia. It was reported that drinking large amounts of water, combined with depleted sodium reserves due to physical activity, have led to fatal consequences in extreme athletes.

How should I go about it?

“If we just do what our body demands us to we’ll probably get it right – just drink according to thirst rather than an elaborate schedule,” Associate Professor Farrell said.

We should tune in to our body demand and drink whenever we need to. The “8 glasses of water a day” rule basically serves as a rough guideline for us, kind of reminding us to remember to rehydrate ourselves, but it is definitely not a strict golden rule that applies to all individuals.

Your fluid intake is probably adequate if you rarely feel thirsty and your urine is colourless or light yellow.

Ever having doubts regarding p...

Having obsessions with hot tea...

What is tumor lysis syndrome?

Have you ever broken a Piñata...