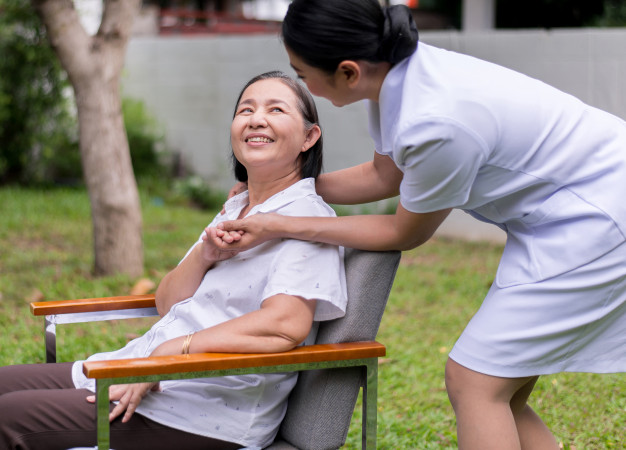 If you are fortunate to have grandparents around, it is not uncommon to see them struggle with memorisation and remembering. When probing further, they often dismiss this as ‘being old’. Indeed, forgetfulness is an inevitable characteristic of normal ageing. Besides, elderly may also experience modest reductions in vocabulary and slower learning as part of the normal ageing process.

It’s not easy to detect dementia at its early stage, as most family members view the dementia’s symptoms as normal ageing and do not seek any medical diagnosis.

Here are three factors that support the diagnosis of a normal ageing as opposed to dementia:

In other words, dementia is an acquired decline in memory and other cognitive function(s) in an otherwise alert person, which often severely affects his or her daily life. 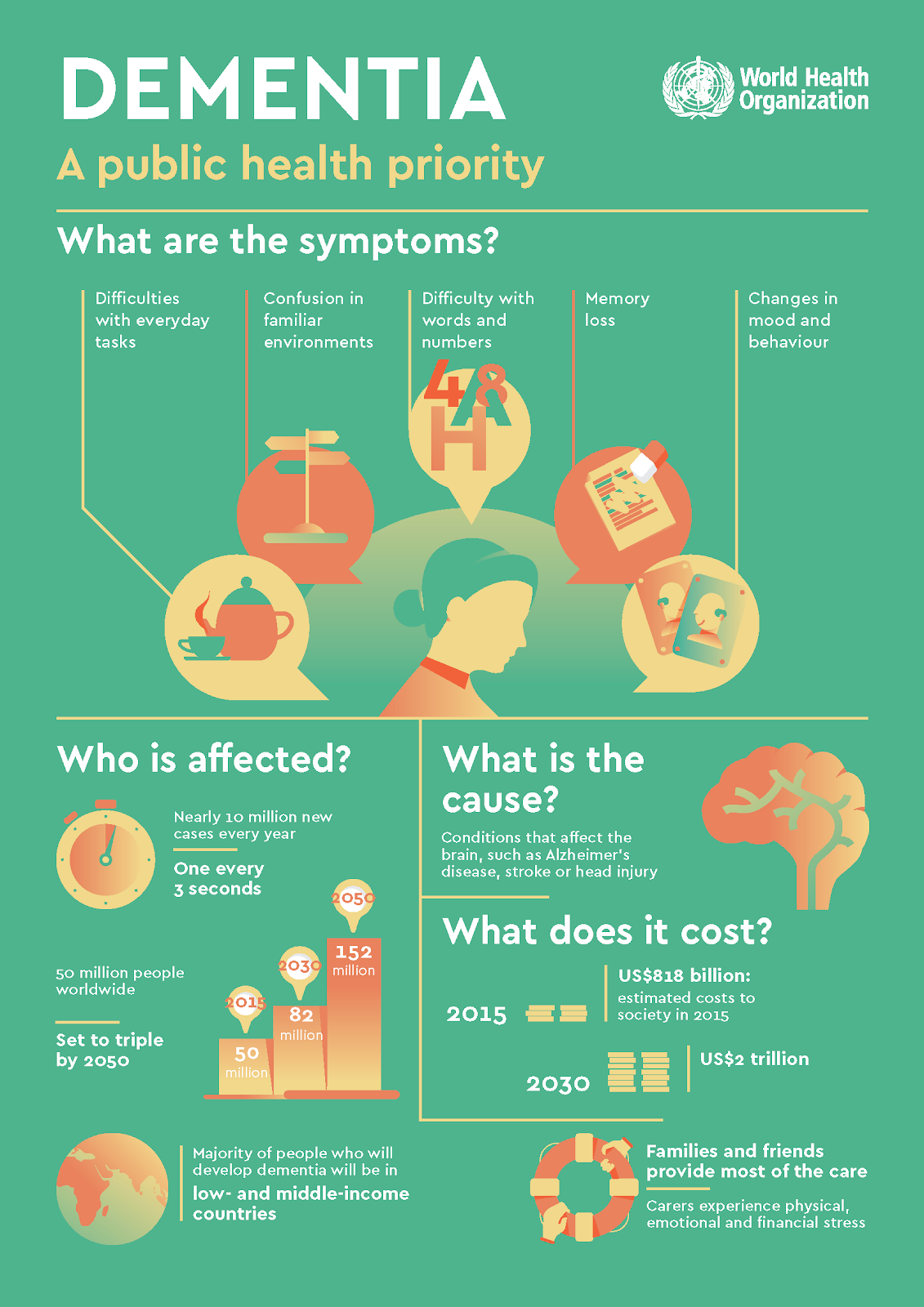 The prevalence of dementia increases with age: 1% of 60 - 65 years old, >30% of over 85 years old. Worldwide, around 50 million people have dementia, with nearly 60% living in low- and middle-income countries. Every year, there are nearly 10 million new cases. The total number of people with dementia is projected to reach 82 million in 2030 and 152 in 2050.

Much of this increase is attributable to the rising numbers of people with dementia living in low- and middle-income countries. In a sense dementia is collateral damage from one of humanity’s triumphs: increased lifespans. All forms of dementia become more prevalent in old age, and so will become more widespread as life expectancy rises. 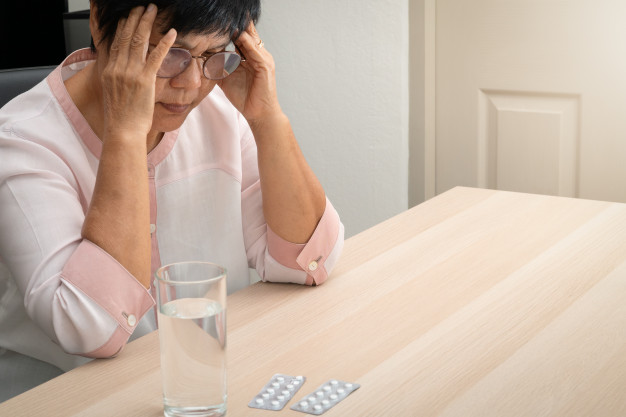 It is worth noting that dementia is a syndrome, i.e. a collection of signs and symptoms. Under the umbrella of dementia, there are more specific diagnoses such as Alzheimer’s disease (AD), Parkinson’s disease (PD) and vascular dementia. Dementia can also be confused with another condition called delirium. The doctor would carry out the necessary examination to make an accurate diagnosis.

AD is the most common cause of dementia. What is insidious about AD is that it can happen very slowly, usually over a few years. It involves early, profound short-term memory loss that worsens to broader cognitive impairment. Elderly people suffering from AD also have behavioral problems, such as aggression, anger, anxiety and agitation. 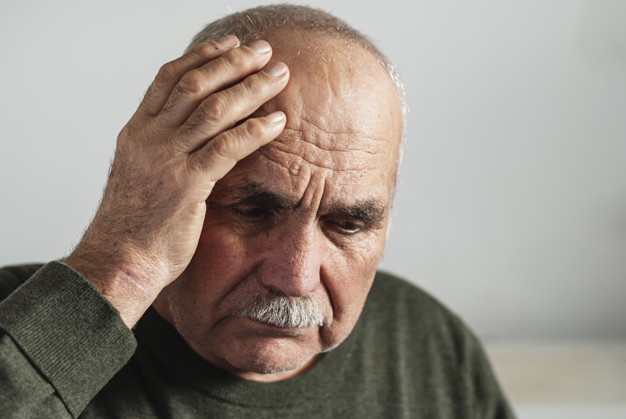 Elderly people with PD demonstrate more obvious movement problems than cognitive issues. PD often leads to shaking, stiffness, difficulty in walking, balancing and coordination. Patients with PD do not necessarily have dementia, but they are at a greater risk compared to those who do not have PD. Dementia is more likely to happen to PD patients at a later stage of disease, and in those who tend to become confused on Parkinson’s medications. If you have any loved ones who are diagnosed with PD, you are encouraged to discuss the side effects of medications with your healthcare professional, as some of them may worsen the progression of PD and require clinical adjustment. 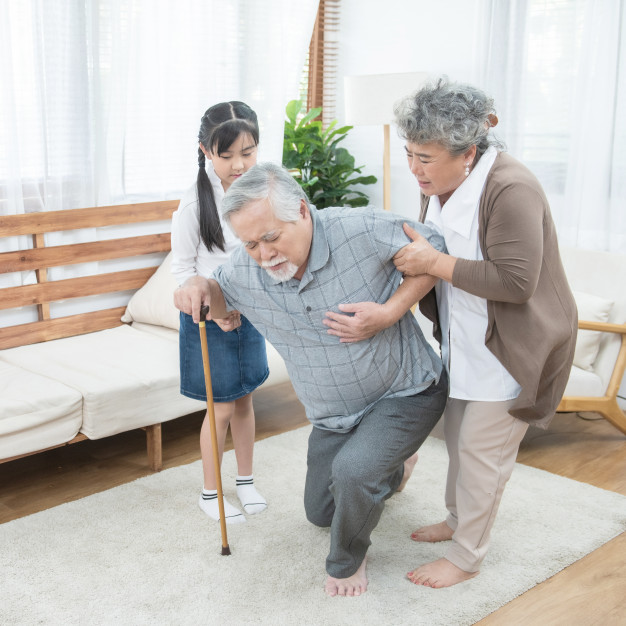 What can we all do?

Sadly, there is no treatment currently available to cure dementia or to alter its progressive course, and even the most hopeful new therapies will have only a mild impact. However, much can be offered to support and improve the lives of people with dementia and their carers and families.

If people with dementia also have the following conditions, managing them well may improve the thinking and memory problems:

You are encouraged to discuss with a healthcare professional on how to manage these conditions. 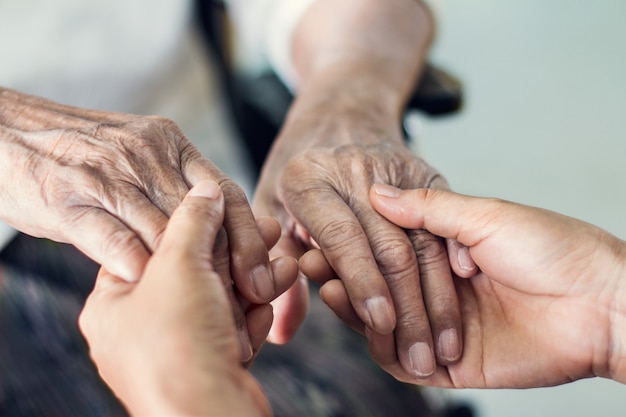 As prevention is better than cure, the following have been proven to reduce the risk of dementia:

What's microsleep and why is it dangerous?

Have you ever experienced ...

6 Tips to Help You Sleep Better.

Having trouble to fell in slee...

WHEN THE KIDNEYS FAIL: WHAT HAPPENS NEXT?

The kidneys are responsible fo...

[INFOGRAPHIC] How To Use Home Pregnancy Test